Catastrophic fire danger is now forecast for the Greater Sydney, including the Blue Mountains and Greater Hunter areas on Tuesday 12 November 2019, due to worsening weather conditions.

Catastrophic is the highest level of bush fire danger. Homes are not designed to withstand a fire under these conditions.

If a fire starts and takes hold during Catastrophic fire danger conditions, lives and homes will be at risk. 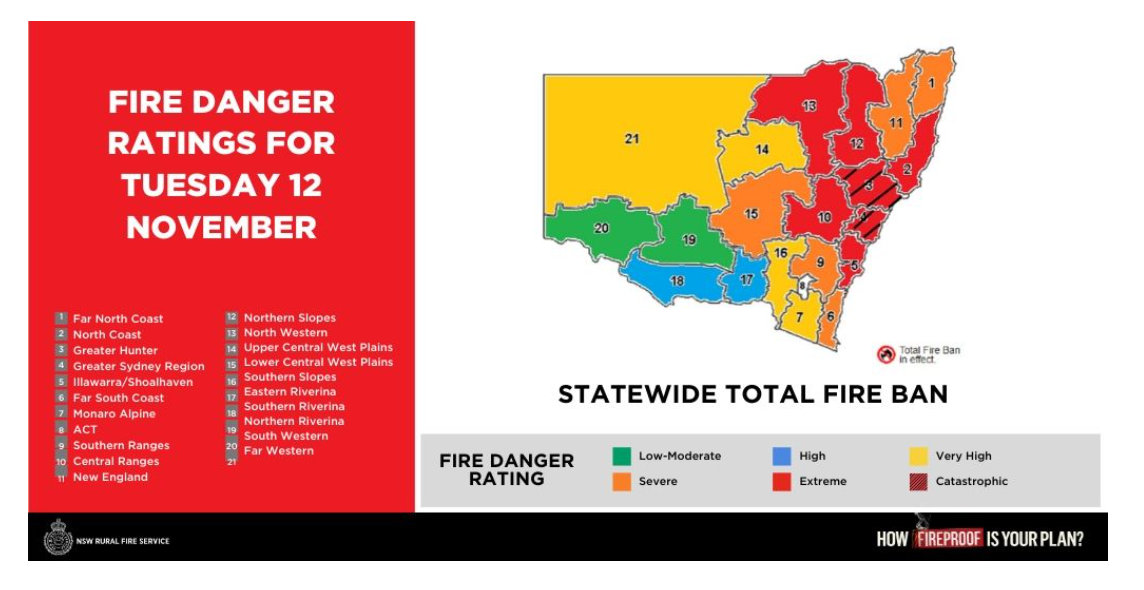 Advice for people in areas of Catastrophic fire danger include:

Avoid bush fire prone areas. A safer area may be a large town or city, shopping centres or facilities well away from bushland areas.

If you are unable to leave, identify a safe location which may be nearby. This may include a Neighbourhood Safer Place.

Large areas of the state are also forecast to experience Severe and Extreme fire danger. This includes in the north coast and northern NSW areas, where there is a large number of fires already burning. These fires will not be contained in time and will threaten lives and properties.

Based on latest forecasts from the Bureau of Meteorology, the following fire danger ratings are expected on Tuesday. These are subject to change as forecasts are updated: 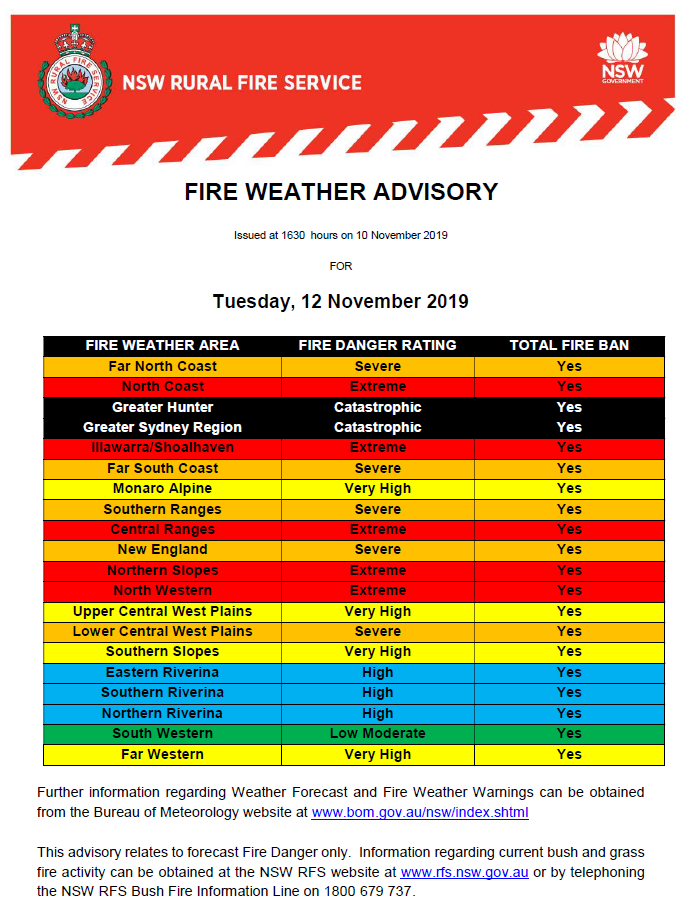 This is the first time since new Fire Danger Ratings were introduced in 2009 that Catastrophic fire danger has been forecast for Sydney.

A statewide total fire ban has been declared for all areas of NSW for all of Monday and Tuesday.