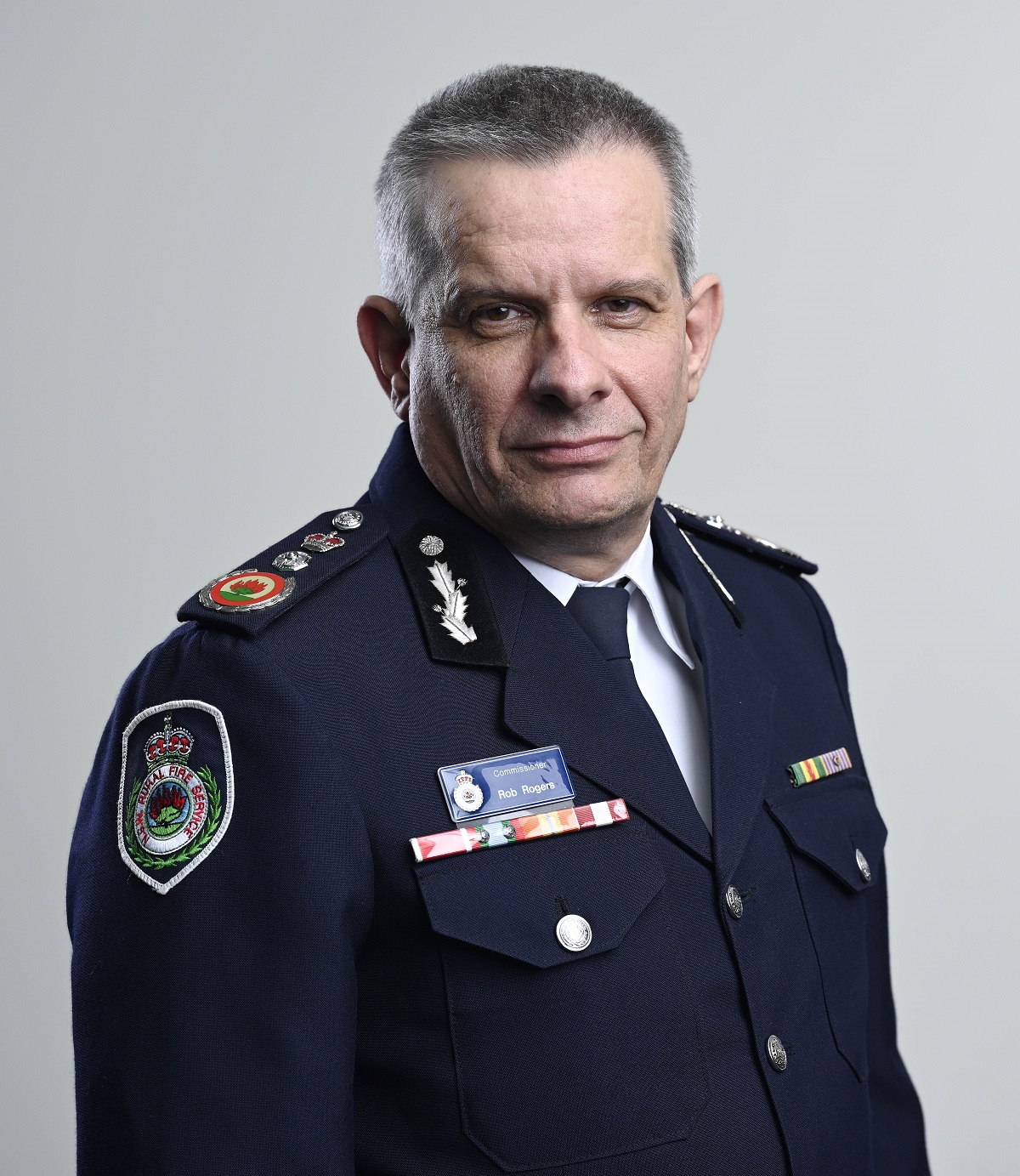 Commissioner Rob Rogers first became involved with the NSW Rural Fire Service (NSW RFS) in 1979 as a volunteer member of the Belrose Rural Fire Brigade, before being appointed Deputy Fire Control Officer for the Greater Taree District in 1995.

Mr Rogers has held various executive roles in the NSW RFS since 2001, including responsibility for Regional Management, Community Safety and Operations.

In 2011 he was appointed Deputy Commissioner.

During the most recent devastating fire season, Commissioner Rogers, oversaw the statewide response to more than 11,400 bush and grass fires that burnt more than 5.5 million hectares, destroyed 2,448 homes and tragically took 25 lives.

Commissioner Rogers was awarded the National Medal in 1995 and the Australian Fire Service Medal in 2004.

Sub Navigation for About us