Captain Neal Coombes joined the Coonamble Headquarters Brigade on 18 December 1986 and has served as the brigade Deputy Captain from 2003 to 2005.  In 2005 he was elected Senior Deputy Captain and also held a number of roles with the Coonamble Headquarters brigade including the role of Training Officer and President.  In 2011 Neal was made a Life Member due to his tireless dedication to the brigade.

In 2011 Neal was presented with his National Medal for his service to the Coonamble HQ brigade.  In 2012 Neal received the Commissioner’s Certificate of Commendation for his and the brigade unit’s assistance with the 2010 Coonamble Floods.  This included assisting with rescue operations, pumping and sandbagging in areas of the Coonamble township.

Neal has regularly participated in out of area deployments including deployments to Coonabarabran, flood assistance at Moree, Lithgow, Forbes, Molong and Victoria.

Neal has assisted with all aspects of the Coonamble Fire Control Centre (FCC) tasks on a regular basis and is available at all times.  His contribution includes assisting with the annual Roads and Maritime Service inspections for the entire Coonamble shire appliances to mowing, spraying and watering of the FCC grounds.  He helps with the pickup of replacement tankers from Sydney and delivers these tankers to their new locations. He assists with the allocation of equipment to the tankers as well as equipment to other brigades when required.  He aids with the delivery of bulk items such as foam, water and other brigade supplies across the entire North West Zone.  Neal helps with FCC staff stock take on an annual basis and participates with any FCC clean and tidy ups that are required.  He has helped the FCC staff with the organisation and running of local exercises across the North West Zone.

Captain Neal Coombes’ dedication and level of commitment for the NSW Rural Fire Service and the North West Zone makes him a worthy recipient of the Australian Fire Service Medal. 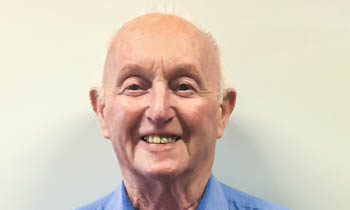 Firefighter David Robert Cordery has been a member of the Rural Fire Service for 60 years. His primary Brigade has been Ku-ring-gai, having maintained continuous service until the present date. For 45 years David has also been a dual member of the Belrose Brigade. Upon retirement from Belrose Brigade, David recommitted to dual membership and joined the Hornsby/Ku-ring-gai Support Brigade in 2008.

David’s contribution to the RFS and the Ku-ring-gai Bushfire Brigade is that of a volunteer working at Brigade level. He initially joined to help his community of St Ives, at a time where there was limited organisation or equipment available. David was an active contributor to the shaping of the Ku-ring-gai Brigade structure and culture. He has held numerous roles including Captain, President for 16 years, Senior Deputy Captain, Deputy Captain and Secretary. David was one of the primary leaders of the Brigade that have guided its evolution from its community origin in to the professionally trained Brigade of today. He was instrumental in developing the Brigade’s work ethic and was awarded Life Membership of Ku-ring-gai Brigade in 1989.

He has attended bushfires locally at Ku-ring-gai and in Warringah, Hornsby, Blue Mountains as well as other areas in NSW. David has serviced as a member of Ku-ring-gai Bushfire Advisory Committee co-ordinated by Ku-ring-gai Council and has served as a Rural Fire Liaison Officer during numerous fires.

In 2005 he was appointed a member of the District Committee formed to evaluate the establishment of a Logistics Brigade for Hornsby Ku-ring-gai District and was elected as the inaugural Senior Deputy Captain in 2008, retaining that appointment until 2014.

David’s 60 years of service are not about simply being a member and serving time, he worked to create the Ku-ring-gai Brigade culture, to increase membership numbers, to improve equipment and to obtain suitable tankers well before the fire-fighting fund was established. He enjoyed teaching younger brigade members before centralised RFS training courses had been developed. David understood the importance of community engagement and always stepped up at community functions to keep the public informed about bushfires and how to protect themselves. Throughout his tenure David actively engaged with the local councillors and community service groups to promote the Brigade activities to the community.

Firefighter David Cordery is a worthy recipient of the Australian Fire Service Medal. 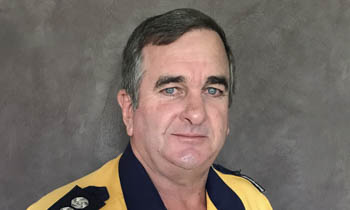 Group Officer Mark Hoskinson joined the Kikoira Brigade in July 1979 and has demonstrated his leadership capabilities on numerous occasions by leading by example and taking responsibility for his decisions as Deputy Captain, Captain, Deputy Group Captain and Group Captain.

Mark also played a significant role in his capacity of Group Captain in the 1997 Tullibigeal fire; 2009 Mt Mologone fire; 2011 Monkey Top fire; 2015 Yalgogrin fire; and 2007 Paynes Road fire.  Mark has further demonstrated his capabilities in managing local and out of area crews, aircraft, heavy plant and providing timely reliable information to the Incident Management Team.  Mark has excellent leadership skills and is well respected amongst the Bland Temora Zone volunteers, his colleagues and peers.  He continually demonstrates his professionalism, resilience and commitment to the Service by representing volunteers on the Senior Management Team and the Bland Temora Zone Bushfire Management Committee.

Mark is extremely passionate about his group which involves the isolated remote areas of Naradhan, Gubbatta and Kikoira. These and neighbouring districts have benefited from his positive attitude to change and continuous improvement for the benefit of the wider community. 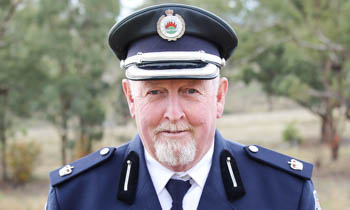 Inspector/Firefighter Mark Murphy officially joined the Gaspard Brigade (now part of Wallabadah District Brigade) in 1973 but has assisted his father, who was Captain of the Brigade prior to this. Mark was appointed Captain of Gaspard in July 1989 and held the position until July 1995.

Mark has been involved as a member of the Region North Exercise Committee for 12 years and has attended the State Championships as a Marshall for 13 years – roles he continues to fulfil to this day. Mark has assisted with the implementation of both the Heavy Plant Coordinator programme and is actively involved in Chainsaw and Aviation training for staff and volunteers both within the Zone and the Region. Mark has been an Air Attack Supervisor since 2002 and was involved in the commencement and mentoring of the first RAFT group in the area. Mark continues to fulfill these roles and is always supportive of volunteer and staff training.

Mark continually donates hundreds of hours training volunteers in all aspects of firefighting, aviation and other specialised courses as well as spending equivalent hours around the state and interstate in various Incident Management roles. Mark continues to foster a close working relationship between RFS staff, volunteers and other agencies with his continued support of the Liverpool Range Bush Fire Management Committee, Local Emergency Management Committees and RFS/ RFSA Consultative Committees.

Inspector/Firefighter Mark Murphy is a worthy recipient of the Australian Fire Service Medal. 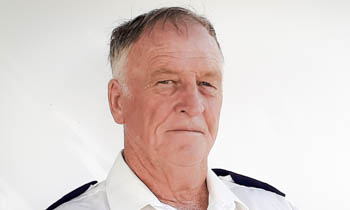 Group Captain Paul Reardon has been an active member of the NSW Rural Fire service for 54 years since joining the Bungendore Brigade in 1963.

Paul has worked in a supervisory capacity at numerous fires within the South West Slopes Zone including the Vine Lodge, Watershed and Geegulalong Section 44 fires.  He has undertaken leadership roles at out of area incidents including fires in the Blue Mountains, Snowy Mountains and fires near Crookwell and Yass.

Paul is a member of the South West Slopes Zone training committee and has delivered training in the mainstream and specialist firefighting training courses over many years.  He is committed to the development of firefighters through training and mentorship.  In 2012 he completed the Certificate IV in Training and Assessment and obtained the qualification of RFS Rural Training Coordinator which enabled him to provide the highest quality of training that he could.

Group Captain Paul Reardon’s commitment to the development and support of members throughout the Zone and his operational leadership coupled with administrative achievements makes him worthy of nomination for the Australian Fire Service Medal. 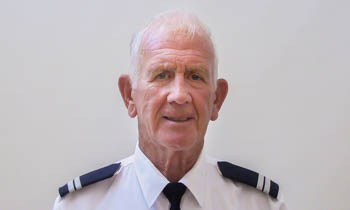 The fire station was situation on the Smith family farm property.  At the time, the fire appliances consisted of a farm truck which carried a 1,000-gallon tank and a Model T Ford which was used to transport knapsacks.

As Ron was the only capable driver at the tender age of 14, he was given special permission to drive the trucks on the road to fires.

Ron attended many bush and grass fires in those early days and then in 1960 also joined the Windsor Civil Defence (now known as the SES today) and was heavily involved with major floods around the Windsor area during the 1960’s, in particular with the boat rescue crews.

In 1992 he was elected Deputy Group Captain and shared his vast experience during many incidents and activities.  He stood down from this position in 2000 to travel Australia.

In 1996 Ron was awarded Life Membership of the Kenthurst Brigade and on Australia Day in 2003 he received a Community Services Award from Baulkham Hills Shire for his many years of dedicated service to the community.

At Kenthurst, Ron participated in numerous hazard reductions, fire calls, out of area incidents and was heavily involved in public education.

When basic training commenced in 1984, Ron assisted with the training and assessment of all members.
In 2003, Ron retired from active service with the Kenthurst Brigade and moved to Hallidays Point and joined the Diamond Beach Brigade.

Ron has responded to many fire calls with Diamond Beach where he has been the Training Officer and is currently a Deputy Captain. He was elected a Deputy Group Captain for the Taree Manning Valley District during 2007 and 2016.

Ron has dedicated many years to the NSW Rural Fire Service.  He is extremely knowledgeable in all aspects of firefighting, the equipment, brigade internal operations and has no hesitation in passing on his wealth of knowledge to all members both old and new. 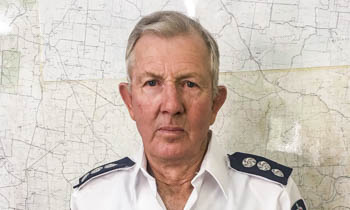 Group Officer Peter James Wykes joined the NSW Rural Fire Service (NSW RFS), Euchareena Brigade in 1976 and has completed just over 41 years of service.  He held the position of Senior Deputy until October 2000 when he was elected Deputy Group Captain for the Southern district of Wellington Council area.  In 2009 and again in 2014 Peter was elected as a Group Captain in the Orana Team, a position he still holds today.

Peter has always been a very active member of the Service.  He is a strong supporter of the Brigade, the NSW RFS and the Wellington community in general and constantly seeks ways of contributing to improving the Service.  He is a very positive and industrious volunteer who is a very busy Grazier always available and never finds a task too difficult.  He regularly goes out of his way to volunteer for his group area and the wider community of volunteers.

Peter regularly makes himself available to go out of area to assist other districts particularly the Canobolas and other neighbouring districts. He is constantly seen on the fireground and at other incidents in the role of Divisional Commander or Incident Controller.  He has had many appointments as the Divisional Commander on many large fires and Section 44 incidents.  His reporting of information and gathering of intelligence is very timely and accurate.

Group Captain Peter Wykes is a valuable asset to the Orana Team and the wider community of the NSW RFS.  His diligence, professionalism, attitude and dedication makes him a worthy recipient of the Australian Fire Services Medal.