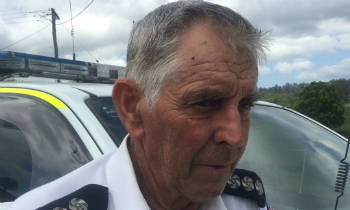 Group Captain Robert Graham joined Goolmangar Brigade in the Lismore District on 1 February 1969 at the age of 21. He became Captain in 1983 and also took on the role of Secretary the same time. Meetings were held at the Goolmangar Hall until the Brigade shed was built in 1984. He was Captain of the Brigade until the amalgamation with the Coffee Camp Brigade.

Group Captain Graham has been deployed to numerous out of area S44's including Tumbarumba/Tumut, Kyogle, Woodburn, Yorklea, Evans Head, Clarence, Narrabri, Coonabarabran and Mt Kosciusko, Victoria, Blue Mountains as a Group Captain and South Australia as a Crew Leader. He has also attended over local 200 incidents. Other major disaster incidents he has assisted with are the Lismore City Hailstorm, Lismore Floods and Queensland Floods.

Group Captain Graham is a very well respected leader and his knowledge and experience on the fireground instils confidence and determination in the members who work with him. His dedication to the NSW Rural Fire Service (NSW RFS) is equal to none. He is a person you can depend upon in any situation and is always ready to drop everything and attend incidents.

Group Captain Graham is actively involved with all Brigades, not only within his Group, but across the Northern Rivers Zone. He is also Chair of the Zone's Bush Fire Management Committee and sits on the Zone Liaison Committee. His local knowledge and in-depth understanding of community issues and concerns holds him in high regard.

Group Captain Graham is the instigator and driving force behind the Zone Exercise, drawing together Brigades from within the Zone and neighbouring Zones to participate in a skill-honing day of exercises.

Group Captain Graham can be called upon for advice and readily responds to call outs and conscientiously attends meetings, even at short notice.

Group Captain Robert Graham’s dedication to the NSW RFS over the past 50 years is exemplary and he is a worthy recipient of the Australian Fire Service Medal. 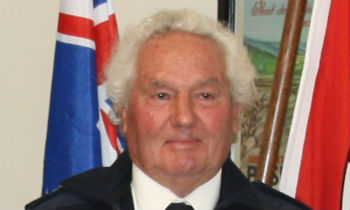 Group Captain Raymond Hill has been a volunteer with the NSW Rural Fire Service (NSW RFS) since joining Curlwaa Brigade in December 1989.

Group Captain Hill’s leadership is easily shown by his continued election to the Group Captain position from 2003 until the present day. He has led a number of strike teams locally, out of area and interstate and is well respected by Brigade Members within the Lower Western Zone and across the state borders to Victoria and South Australia.

Group Captain Hill is committed to his volunteerism with the NSW RFS and this is demonstrated by his time spent in encouraging, not only his own Brigade, but in his tireless service to the Wentworth area. Ray has been Deputy Captain, Senior Deputy, Captain, Brigade Treasurer and Secretary with the Curlwaa Brigade. He is also involved with the Wentworth Fire Fighting League, that continues to meet annually.

Group Captain Hill’s dedication is obvious to all who know him. He continues to provide guidance and support to all Brigades within and outside of the Wentworth area and is first to put his hand up for community events and provides invaluable service both on and off the fireground. Group Captain Hill is always there to help during truck servicing time and is often seen driving a truck back to its station in remote areas.

Group Captain Hill continues to provide invaluable support and leadership to a number of community events and organisations, including the Wentworth Show, Pooncarie Field Days, Ted Hurley Classic Ski Race, Mildura 100 Ski Race, Wentworth District Race Club, Sunraysia Safari Cross Country Rally, which are among Nationally recognised events, that the River Group provides communications support, to enable the events to be run safely in line with community expectations. Group Captain Hill has been instrumental in some of these events continuing to occur within this area and his support and coordination is instrumental to the success of these events.

Group Captain Hill, as River Group Captain is always front and centre of the NSW RFS, both at Brigade level and more widely within the community. He has always been passionate about the NSW RFS and the needs of the community for fire protection. He will always be seen at any event that the NSW RFS is involved with such as local shows, field day events, school visits, community information days, local brigade events, brigade annual general meetings and truck movements during servicing. He is an inspiration to all who meet him, is held in high regard and is most respected by the staff in Lower Western. 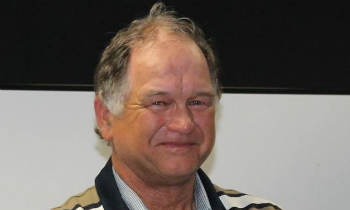 Group Captain John Stuckings joined the Gidgell Brigade in 1980, taking on the Captains role in 2005. He is very active within the brigade, not only as a firefighter, but also providing brigade administrative support, having held the positions of Permit Officer, OH&S Officer, President, Training Officer and Vice President over the past 38 years.

In 2003 he became a Deputy Group Captain, a position he held until 2007 when he stepped up into the Group Captains role. Group Captain Stuckings has led several Strike Teams to out of area incidents. These include the Black Saturday fires in Victoria in 2009 where he led his team into the Kilmore and Seymour areas.

Group Captain Stuckings has also been part of strike teams that have gone out of area including Colinroobie in 1994 and again in 2001 to Moruya, the Canberra fires in 2002 and Tumbarumba in 2014.

Group Captain Stuckings is very active in mentoring younger volunteers within the MIA district particularly in the Coleambally area often helping neighbouring brigades with local training. In particular the rural remote brigades of Boyd and Gundaline. He is an active member of the MIA District Training Group having coordinated the Village Firefighter course in previous years. Group Captain Stuckings is still active in assisting with the Basic Firefighter, Village Firefighter, Crew Leader and Rural Fire Driving courses. He has also organised district exercises in Coleambally in 2007, 2008 and 2010 and has one scheduled for 2019. These exercises involve brigades from all over the district in a round robin of a variety of scenarios. Group Captain Stuckings also participated for many years in the Region South exercise held in Gundagai. He also keeps himself up to date with the latest courses issued by the NSW Rural Fire Service.

Group Captain Stuckings was involved in supporting the NSW State Emergency Service (NSW SES) in the floods of March 2012 in the MIA area. He took on the role of forward command and liaised with the community, the NSW SES and the local council.

Group Captain Stuckings participates in community engagement, assisting with cadets in schools and also as part of the Firewise Kids programs in the schools. He coordinates a lot of the Santa runs for the Coleambally area and organises and coordinates the local brigades to assist with the Vintage Machinery Field weekend.

Captain Michelle Thornley first joined St Georges Brigade Rural Fire Brigade as a Junior Member in 1984. Since that time, she has fulfilled many roles within the Brigade and currently holds the position of Captain, which she has held for many years.

Captain Thornley’s dedication to the younger members has not waned over the years and the brigade now has an active Junior Brigade that has represented the Shoalhaven District at Field Day Events, gaining valuable skills towards becoming highly skilled fire fighters of today.

Captain Thornley has held positions of Brigade President, Permit Officer, Call Out Officer, Training Officer, and is a Fire Investigator, in addition to a fully trained Structural Firefighter.

Captain Thornley has always demonstrated strong leadership qualities and fostered strong ties within the local community and was awarded a Life Membership of her Brigade, demonstrating her dedication and commitment to her Brigade and the Community.

Over the years, Captain Thornley has always been there for major fire events and incidents and has been on countless out of area deployments. Her firefighting skills are exemplary and she has put in hundreds of hours training her members and juniors over her 35 years of service.

Captain Thornley has been awarded the National Medal in 2003 and 1st Clasp in 2011 for her diligence and exemplary service and dedication to the Service. In addition, she has been awarded her Rural Fire Service 30 year Long Service Medal and Clasps.

Captain Michelle Thornley is a worthy recipient of the Australian Fire Service Medal. 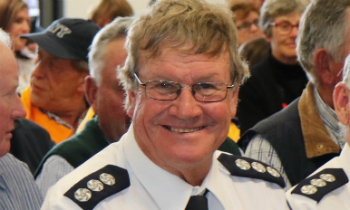 Group Captain Owen Tydd has been a member of the NSW Rural Fire Service (NSW RFS) for 58 years since joining in January 1961. He has successfully held the positions of Captain through to Group Captain and continues to prove himself an effective member of the Liverpool Range District Senior Management Team and the District Training Team.

In that time, Group Captain Tydd has proven to be a capable leader, both on and off the fireground. He has demonstrated the kind of leadership attributes needed within the NSW RFS and is an example to both new and seasoned field officers for what it means to be a leader within the Service.

Group Captain Tydd takes pride in what he does, is proud of the achievements of his members and his dedication and commitment to encouraging new and potential female Field Officers in stepping up and taking on additional responsibilities is second to none. His ongoing actions ensure that the Liverpool Range District, and the NSW RFS, are well placed for the future.

For almost 60 years, Group Captain Tydd has devoted himself to sustained and selfless voluntary service to the Community.

He has earned the respect of his peers and has become a role model in his field. Group Captain Tydd is recognised for his commitment, professionalism, generosity of his time he devotes to others and his ongoing positive contribution to the NSW RFS.

Deputy Captain Graham Williams has been active member of the NSW RFS for 55 years since joining the Sussex Inlet Brigade in 1964.

Deputy Captain Williams was heavily involved in the planning and construction of Sussex Inlet brigade station.

Deputy Captain Williams has been a mentor to a succession of brigade officers for many years. He has worked in many incident management teams where he takes on the role safety advisor and divisional commander.

On the administrative side Deputy Captain Williams has been involved in many committees during his time with the NSW RFS.