Thank you to the many members of the community who donated to support the families of firefighters killed during the 2019-20 bush fire season. The NSW RFS created dedicated appeals for the families of Samuel McPaul, Geoffrey Keaton and Andrew O'Dwyer, and the funds have now been distributed in full to their families.

On the evening of Monday 30 December 2019, volunteer firefighter Samuel McPaul, a member of Morven Rural Fire Brigade, was tragically killed while on duty at the Green Valley fireground east of Albury NSW.

Whilst on the fireground, the fire truck that Samuel and crew were operating from was involved in a rollover caused by extreme winds associated with the fire, resulting in the terrible loss of Samuel and non-life threatening injuries to two other members.

This is a devastating loss to Samuel’s family and his broader NSW RFS family. Samuel was a young man (28 years old) with his whole future ahead of him. He leaves behind a loving wife, Megan, who is pregnant with their first child, due in May. The young couple were in the midst of preparations to welcome their baby and Megan is now facing parenthood without Samuel.

This is another confronting reality of the ever-present dangers faced by our fire fighters, who give so much to protect property and lives, and our collective hearts are breaking.

On the evening of Thursday 19 December 2019, two volunteer firefighters were tragically killed while on duty at the Green Wattle Creek fireground, near Buxton in south western Sydney.

The fire truck they were travelling in was struck by a tree, causing the vehicle to leave the road and overturn.

Both Geoffrey and Andrew leave behind loving partners and very young children. 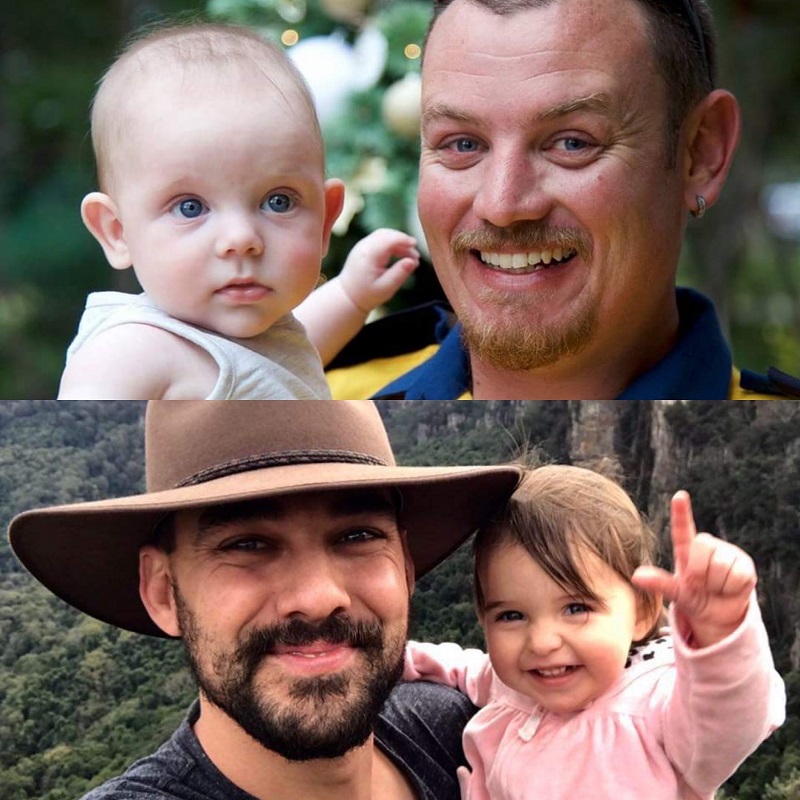 Three other members were in the rear seat of the fire truck, and survived with non-life threatening injuries.