Army reservists on standby as Orange crews lend a hand

A WEEK into the Blue Mountains bushfire emergency and now Orange Army Reserve personnel are on standby to respond.

They join nine NSW Rural Fire Service (RFS) volunteers and four Fire and Rescue NSW (FRNSW) firefighters from Orange and Canobolas who left the region to relieve tired crews yesterday morning. Both fire services have rotated crews at the emergencies since they began late last week, with authorities concerned the incidents will continue for a while yet. 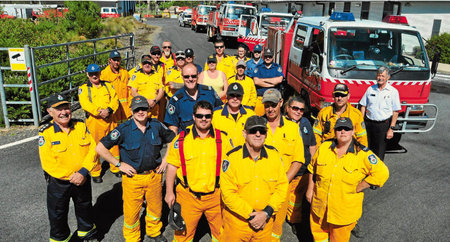 Army Reserve Lieutenant Colonel Terry Betts of the 1st/19th Battalion said six Orange army reserve personnel were on standby along with 24 others from the western region.