My small role fighting the huge State Mine bushfire

IT'S hard to imagine a bushfire that's more than 47,000 hectares in size.

For those of you who love cricket, that's more than 25,000 times the size of the Sydney Cricket Ground.

For me, a NSW Rural Fire Service volunteer firefighter of six years, it's more than I can begin to imagine. 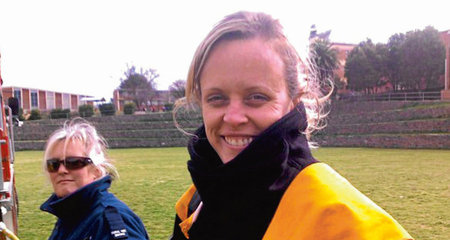 I was among hundreds of firefighters working on the State Mine fire near Lithgow on Tuesday and in the face of such a huge fire the role I played was pretty small.

In a crew of five, we were tasked to start a backburn on a property to ensure sheds and greenhouses were protected from the approaching blaze.

But before you reach the fire ground to pick up a hose or drip torch there is a lot of planning and organisation that must be done.

It was an early start for our crew; be at fire control no later than 5.15am to be briefed and ready for a 6am departure.

The NSW Rural Fire Service (RFS) is about way more than the firefighters on the end of a hose battling a blaze.

There are many, many people who go into make the service what it is.

While my day was early, the NSW RFS catering crew start even earlier.

When I arrived at 5am the barbecue was already on with the catering crew whipping up a hot breakfast to fill the stomachs of more than 40 firefighters heading to the fire ground by bus.

We arrived in Bilpin to relieve crews who had worked overnight across the Blue Mountains.

Each truck and crew received their job and over the course of the day this can change many times depending on weather, fire behaviour and jobs that need to get done.

Along with my four colleagues we started a backburn near a huge shed and greenhouses of a property near Berambing.

It's hot, dirty work. We were still a distance from the main fire front yet at times the smoke was so thick it left your eyes streaming with tears.

There is a lot of safety gear firefighters wear and carry and on this day I was most grateful for the cloth nappy I carried in my pocket.

On a day like Tuesday, where the smoke was so thick and filled with ash, the nappy folded into a triangle and placed over your nose and mouth and tied behind your neck was a godsend.

The hours are long on the fire ground, the work hard, hot and dirty but rewarding and very much a team effort.

Finally, we received our orders the job was done and to return to Bilpin Community Hall.

In the hall more dedicated volunteers had given up their time to cook and ensure firefighters didn't go hungry.

There was just enough time to grab a piece of freshly-baked apple cake, with Bilpin apples of course, and a slice of watermelon before jumping on the fire truck to head home.