Superintendant Arthur Sharp was one of six people to receive a national honour. 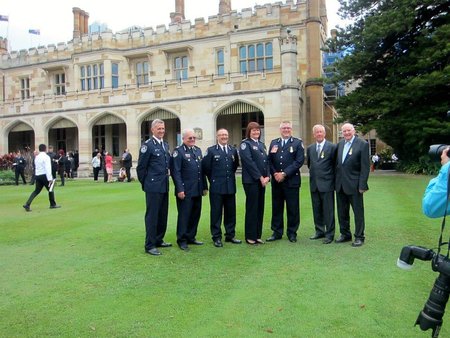 Medals (AFSM) to recognise their dedication and hard work.

"These members have worked tirelessly to help to fight fires, prepare the community every

bush fire season and ensure a new generation of volunteers were trained, mentored and

part in rescuing 47 people in the 2011 Lockyer Valley floods with a Group Bravery Citation.

circumstances as they protect the lives of others.

swept 300 metres downstream. In another rescue they evacuated twelve people from a roof