NSW Rural Fire Service members from Orange and across the Central West are on standby and ready to lend a hand if needed at bushfires on the NSW South Coast and Victoria.

More than 70 homes were destroyed by a blaze at Tathra on Sunday evening and Monday morning, after residents had been evacuated to nearby Bega. Eighteen homes had also been lost in Victoria. 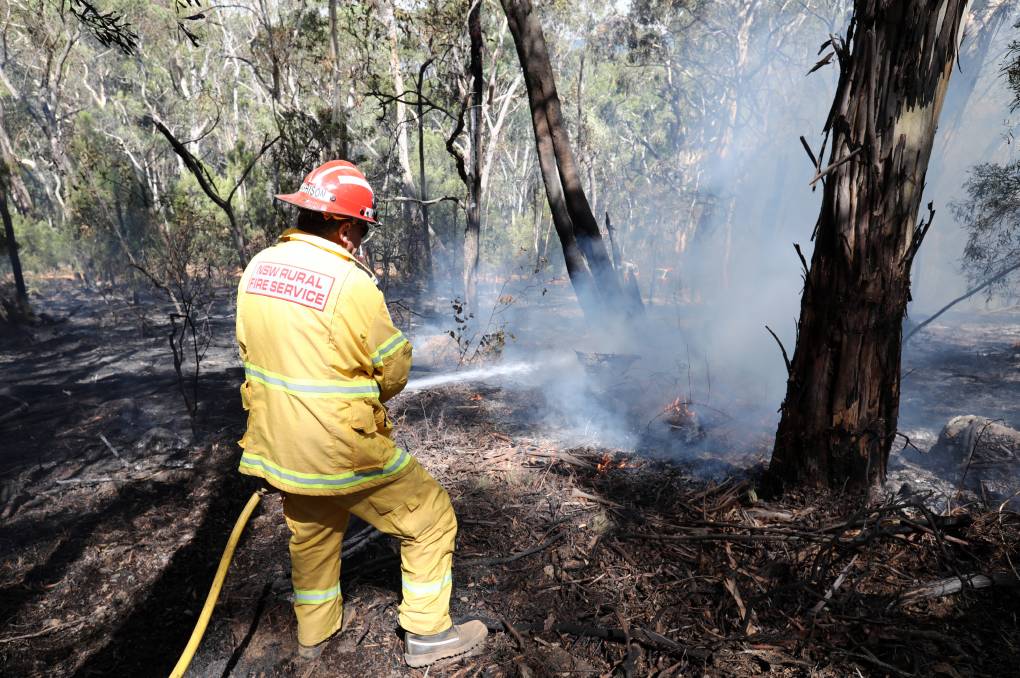 HARD AT WORK: Aside from the Mount Canobolas and Belerada Creek blazes, the 2017-18 summer wasn't a bad one for bushfires in Western NSW. Photo: ANDREW MURRAY

RFS Region West manager Paul Smith had been sent to Tathra as a liaison to assist with the containment of that fire, and others were ready if needed.

“So far our members haven’t been called upon but they are available and ready if required,” RFS Region West operations manager Paul Whiteley said.

There were also fears about a heightened fire risk on Sunday for the western region, because of os temperatures in the high-30s and low 40s, combined with winds of up to 70 kilometres an hour.

Total fire bans were in place for most of the state, but thanks to fast work from volunteers, cooperation from the public and a touch of luck, the region avoided any serious fires.

Mr Whiteley said were 15 incidents across the western region, with the biggest burning out 40 hectares near Boorowa before it was brought under control.

“We were very fortunate not to have more incidents,” he said.

“We had a couple of jobs where hazard reduction or stubble burning from previous days had sparked up again and four or five that were related to electricity, where tree limbs had made contact with power lines or lines had touched.

“We were lucky that in a lot of our area there isn’t a lot of fuel.”

While high temperatures were expected to continue until a cool change arrives on Wednesday, Mr Whiteley said he didn’t anticipate any more total fire bans in the region.

“What made Sunday so dangerous was those strong winds. We have been quite lucky that we haven’t had much of that this summer.

“We might see some more high or very high ratings but I don’t expect any total fire bans in the coming days.”

While a handful of major fires had broken out over the summer, including one that burned almost 1700 hectares at Mt Canobolas near Orange, it had been a fairly quiet summer, Mr Whiteley said.

For most RFS districts, the end of March also brings the end of the fire danger period.

“The Cudgegong District, which includes Mudgee, is considering extending the danger period because there is more fuel around but most districts will wrap it up at the end of the month.”