Firefighting all part of farm life for volunteers

SIXTY-eight years as a volunteer firefighter might sound like a lot to most, but according to Toogong’s Uel Balcomb, it’s all part of farm life.

About 20 Rural Fire Service (RFS) volunteers across the Canobolas zone were awarded medals for their years of service during its annual conference on Thursday.

Mr Balcomb, a founding member of the Toogong brigade when it received its first Chev Blitz fire engine, started when he was 17. 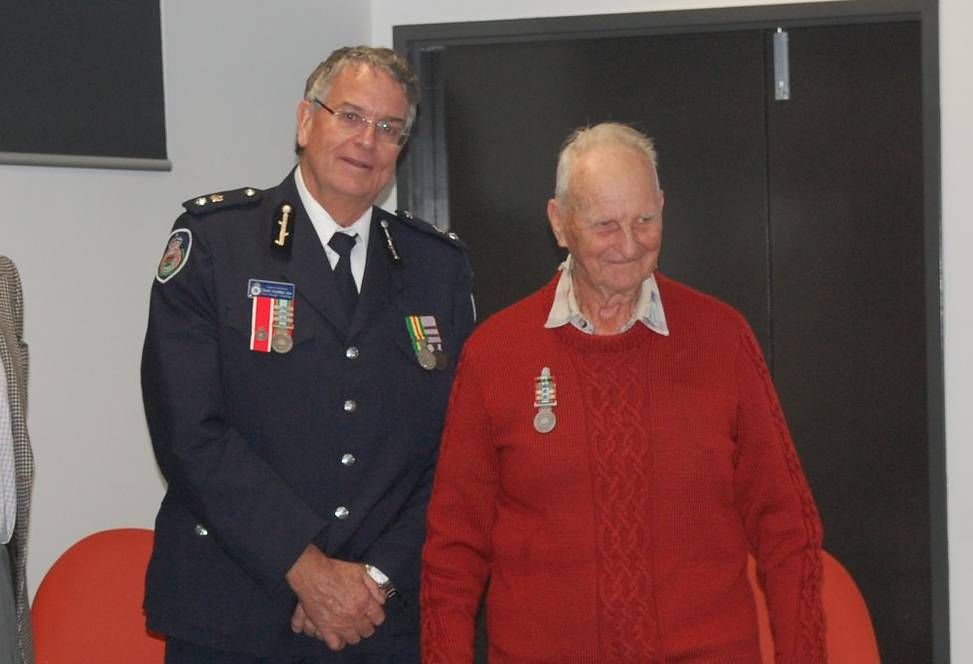 Lewis Ponds deputy captain Michael Wright, who followed his father into the RFS 26 years ago, said he had similar motivations.

“I would like to think that if there was a fire at my place and I wasn’t about, someone would help out,” he said. 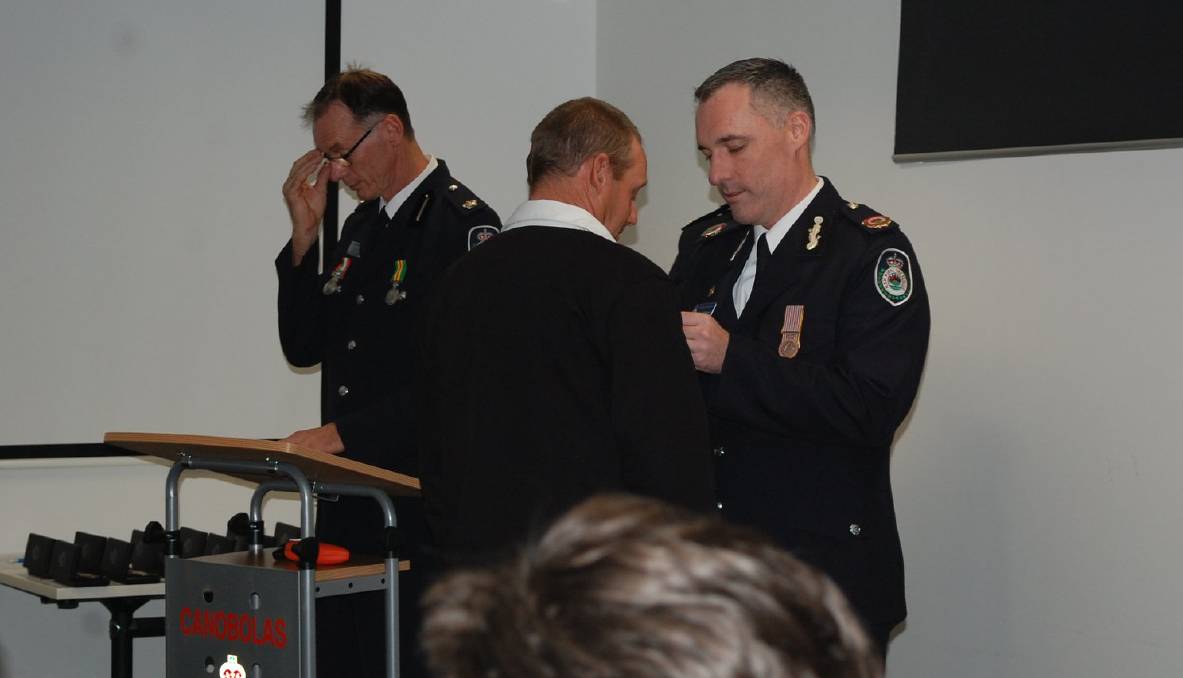 “We were there from start to finish – it was pretty difficult terrain,” he said.

Both men agreed water-bombing aircraft made a crucial difference to firefighting and Mr Balcomb recalled the days when Max Hazelton assisted from his aircraft.

“The first person we would call in the event of a fire was Max because he could get there with an aeroplane full of water before the trucks got there,” he said.

Canobolas Zone RFS Inspector Brett Bowden said the conference covered the zone’s achievements, including efforts to have certain resources ready to go according to the day’s fire danger rating.

“It doesn’t matter who the individual is rostered as duty officer, if the conditions are such, this is what they do no matter what,” he said.

“If there’s a very high or above fire danger and there’s a fire, we’ll never send two trucks to have a look, it will be six trucks.

“That doesn’t occur everywhere in the state.”

He said the conference also addressed what the zone could do better, including getting crews on the road faster in the event of a callout.

“The quicker we can get to a fire ground, the better chance we have of rapid containment,” he said.

“The key there is pre-planning, not just by the fire control centre, but individual brigades.”

Senator Jim Molan, who was the chief operations manager in Iraq in 2004, spoke about planning.

“The people we work with we often don’t know because crews come from all over the state and they still gel – he spoke about being somewhat amazed by that,” Insp Bowden said.