Despite having no major blazes like the ones seen on the NSW south coast, it was an extremely busy fire season for the Canobolas Zone Rural Fire Service (RFS).

"We were relatively lucky to escape any large scale damaging fires," he said.

"That was down to good preparation, good planning and fantastic response from our volunteer brigades."
Brigades in Canobolas Zone, which encompasses Cowra, Cabonne, Blayney and Orange, have attended more than 600 individual call outs since the start of the reporting year. 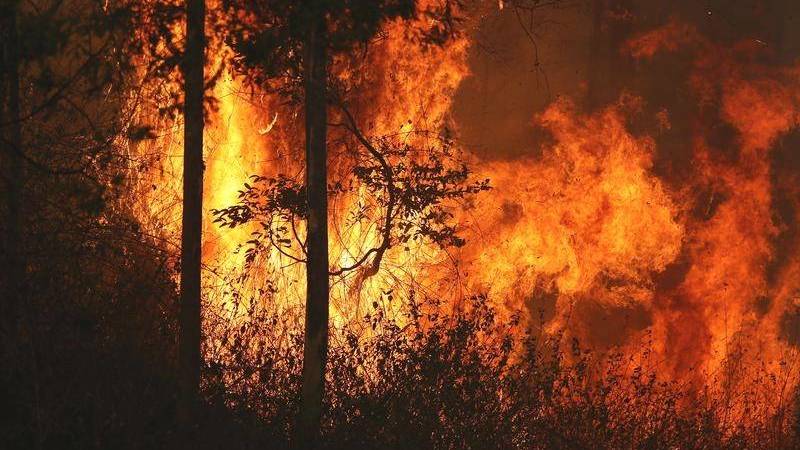 Mr Bowden said he expects that number will increase.

"Here we are, just into April now and we've already had over 600 so by the end of the financial year, it will be a pretty big year for us, we'll probably approach 700 incidents for the year," he said.

"The great thing is, 300 of those 600 incidents have been bush and grass fires, there's only been three of those that have been larger than 10 hectares.

"Whilst we did have a busy season locally, we didn't have the dramatic, large event fires that we saw elsewhere in the state."
Mr Bowden said Canobolas Zone brigades also played a major part in assisting firefighting efforts in both Northern NSW and in the southern regions of the state.

"We started on September 6, sending an initial team of two crews," he said.

"And then the focus shifted south and we started crews to Tumut, to Batlow, to Cooma.

"I think we finished on February 13, what that meant for us was we were sending teams of volunteers away every three days for five months."

Overall, 423 personnel were sent away during the five month period as a part of strike team activity.

"It was a long, drawn out and exhaustive period for our teams and firefighters, something we've not seen before," Mr Bowden said.

"During this past season, Canobolas were engaged in 54 separate strike teams."
The end of the bush fire period also allows landholders and occuipers of land to burn in the open without a permit, however Mr Bowden said there are some rules in place.

"If they want to burn off a pile of sticks or some timber or a paddock they can do that without any permit, so there's no regulation," he said.

"However, there is still a legal requirement to notify the Fire Control Centre, 6363 6666 will be the right telephone number to call during business hours.

"But they are also required to notify their immediate neighbours that they are going to be burning off.

"As long as we get at least 24 hours notice... there's no right of veto, we can't deny that fire in any way, shape or form."
Mr Bowden said notifications are then registered to a list to check when Triple Zero calls come in.

"When we get a Triple Zero call relating to smoke in the area or a possible fire, the very first thing we do is check our burn register to make sure that we're not going to unduly waste people's time and send a firetruck to someone's house when we don't need a firetruck there," he said.

He said an incident of failure to notify had already occurred on Wednesday.

"We get a call to a structure fire outside of Blayney, so we immediately responded with a few tankers, the local Fire and Rescue Brigade from Blayney also attended and we find that it's not a house fire at all, in fact it's just a bloke burning a pile of sticks in his yard," Mr Bowden said.

"He failed to notify, so he'll get a warning letter but had he just made that simple phone call and notified, then we don't send firetrucks to his house.

"While there's no restrictions on burning at the moment, people must notify the Fire Control Centre and they must notify their immediate neighbours just so we don't have this waste of time, effort and resources.

"When you couple it with the fact that we've got this COVID-19 problem, we don't necessarily want our volunteers, from all walks of life, coming together at the brigade station and all piling into a firetruck and screaming out to a place where they don't need to be."