There is a fire on the Lachlan Valley Way south of Cowra.

View the latest update on Fires near me by clicking here.

Crews responded to a report of a truck fire that has spread into surrounding grassland. Lachlan Valley Way was closed 6km south of Cowra. The public were asked to follow directions of crews on the scene. 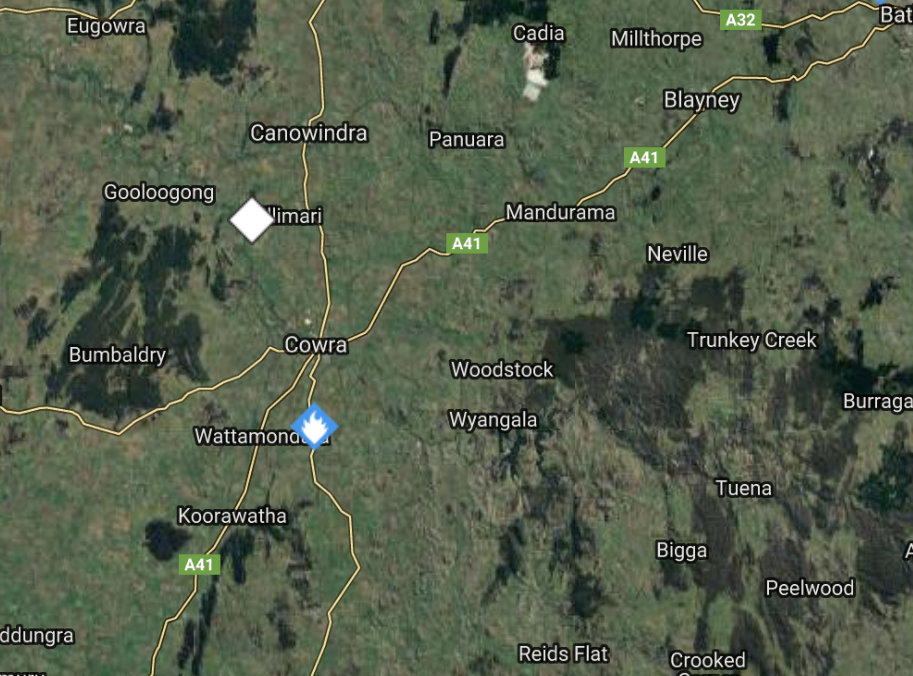 A spokeswoman for the the NSW Ambulance Service said the driver, 73, freed himself from the wreckage.

She said he was flown to Orange hospital with suspected fractured ribs.

He said brigades from Cowra and surrounding districts including Young and Harden attended the blaze which was brought under control several hours later.

The highway was still closed at 4pm as crews needed to check trees on the roadside.