Our office currently consists of 9 full-time staff who work to meet the needs of the 72 rural fire brigades of the MIA district.

We operate predominantly from an administration centre in Griffith, while also maintaining a fire control centre in Hay.

The MIA District is located in the Riverina region in Southern NSW. It is mostly farming land, consisting of flat to undulating terrain with hilly forested areas and river flats along the Murrumbidgee and Lachlan Rivers.

Local industry is largely agricultural and consists mainly of crop and sheep farming to the east and irrigated farming, rice, citrus fruit, cotton and grapes to the west. There are several wineries, feedlots and large industrial estates in the district.

The total population of the MIA District is almost 52,000 and the land size is close to 42,000 square kilometres. 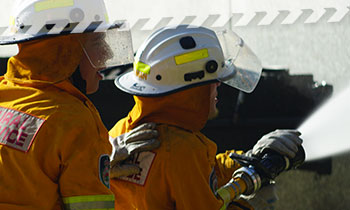