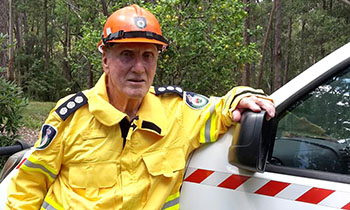 Group Captain William (Bill) Bean of the Shoalhaven District has provided 54 years of devoted, active service as a volunteer of the NSW Rural Fire Service since first joining Blaxland's Ridge Brigade, in the Hawkesbury District in January 1964.

His commitment and dedication to volunteers, the community and the Service led him to be awarded Life Membership of the brigade in 1985. Group Captain Bean quickly rose through the ranks and upon moving to the Shoalhaven District in 1991, he was appointed the role of Group Captain, which he upheld until 2002. He joined Basin View in 1993, whilst still maintaining the role of Group Captain. In addition, he also joined Shoalhaven Headquarters (now Shoalhaven Operational Support) Brigade in 2002 and holds dual membership for both brigades as well as currently undertaking the role of Brigade Training Officer for the two brigades.

Since moving to the Shoalhaven District in 1991, he has been heavily involved in all aspects of training, along with still maintaining his role as Group Captain. He is constantly away undertaking courses and training to update his skills, only to return with enthusiasm to mentor and teach all he has learnt. Group Captain Bean has been responsible for the development of numerous training programs with training trainers, assessors and training coordinators, in addition to senior staff and volunteers in the management of large-scale fire operations. He has a positive and pervading influence on the performance of the Service in serving the community.

Group Captain Bean has played an integral part in the development of the Safety Officer position and role on incident management teams during major fire events and was instrumental in the formation of the new Shoalhaven Operational Support Brigade, which was formed in 2013 of which Bill was appointed Group Captain and has maintained this position.

Group Captain Bean was awarded a National Medal in 1990 and the Rural Fire Service Long Service Medal for 40 years' service in 2010.  Notably he has participated in numerous major fires in the Shoalhaven District including the 2000/2001 Hylands Fire, 2001 Touga Fire, 2009 Dingo Road Fire, 2013 Deans Gap Fire and Wirritin Fire, to name but a few, in addition to the 2003 Canberra Fires. He has been part of many out of area deployments across the state and his expertise extends beyond the role of firefighter with his skills being call upon to assist other agencies and resource management coordination.

Group Captain Bean’s commitment and support of the volunteer members of the Service is exemplary. He has provided 54 years of dedicated and distinguished service in every way and continues to be highly respected and valuable member of the NSW Rural Fire Service. 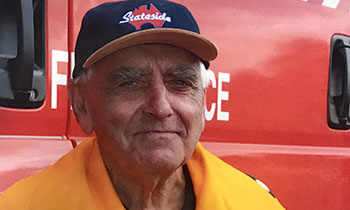 Group Captain Gordon Heckendorf joined as a member of the Tyrie and Corry Brigades in October 1952 and has held the positions of Deputy Captain, Captain and Group Captain.

Group Captain Heckendorf has been an advocate for the training, mentoring and has assisted in the management and delivery of the Bush Firefighter Grassland, Crew Leader Grassland programs and Brigade recruitment for the rural remote brigades in the area. His wealth of knowledge is invaluable to the Orana Team and the mentoring that he does is above and beyond what is expected of him.

He has been the Group Captain in the Narromine FCC since 1998 and has been the pivotal leader in a Senior Management role for a number of years representing the members of Narromlne in major District decisions including tanker replacements, maintenance, shed locations and builds. Group Captain Heckendorf has attended many fires, Section 44’s in the Orana District and out of area incidences.

Group Captain Heckendorf has served the NSWRFS and community of NSW with distinction. 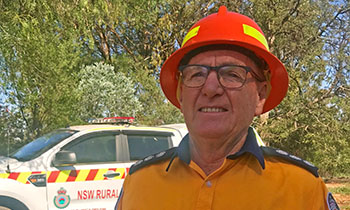 Group Captain Peter Holding has been an active NSW Rural Fire Service member for 43 years and started his volunteering in 1975 with the Cunningar Brigade.

Group Captain Holding’s first RFS leadership role was that of Captain at Cunningar in 1990 and he held that position until 2002 before being elected in 2003 to the position of Group Captain for the South West Slopes Zone, a position that he still holds today.

Group Captain Holding is an active and dedicated member of the South West Slopes Zone Senior Management Team. Group Captain Holding has chaired and contributes to SMT meetings, Captains meetings and workgroups with a passion for improvement. Peter is always willing to sacrifice his time to ensure the voice of the volunteer is heard and he advocates strongly for the betterment of the South West Slopes Zone during Council liaison meetings and Bush Fire Management Committee Meetings.

Group Captain Holding’s operational leadership, and commitment to firefighter safety and efficiency, has led to brigades within the Harden area using pre-formed strike teams, which, over many years, has proved very effective in combating running grass fires. He has exhibited outstanding leadership qualities in his role at Group Captain always leading by example and providing sound operational advice to members.

Group Captain Holding has actively promoted firefighter safety over many years by encouraging all members to undertake training and operate within sound operational parameters. Members regularly seek advice from him due to his understanding of NSWRFS procedures and his local know how.

Firefighter LeBusque became an influential leader within the former Copmanhurst Bush Fire District identifying and applying his life skills and aptitude in training and his capacity that transitioned the small farm based bushfire brigades into the skillfully trained and well equipped rural fire brigades they are today.

Firefighter LeBusque has also held a number of other positions within the brigade including Brigade President, Training Officer and Permit Officer.

Prior to joining the NSWRFS, Firefighter LeBusque had a distinguished and decorated career with the Australian Army and was principal of a civil engineering company.

Firefighter LeBusque has been an extremely active firefighter and has performed with distinction in the role of Task Force Leader, Divisional Commander, Sector Commander and Crew Leader. In addition to attending bushfires locally, he has been deployed to major campaign fires in many areas across NSW and interstate. He has served as a member of the Clarence Valley Bushfire Management Committee, Senior Management Group and District Training Committee.

Firefighter LeBusque has represented the views of the NSWRFS volunteers on the NSW Rural Fire Service Association, serving in voluntary executive roles for many years at branch, divisional and State Council.

Firefighter LeBusque is highly respected by both volunteers and staff within the Clarence Valley Rural Fire District, and his outstanding contribution as a volunteer over many years has been of significant benefit to the NSWRFS and his local community.

Firefighter Harry LeBusque is a worthy recipient of the Australian Fire Service Medal. 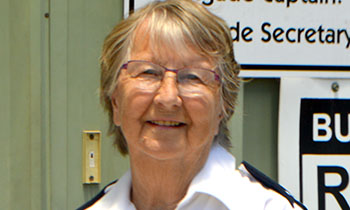 Firefighter LeBusque has been an active member of the Trenayr Brigade for over 30 years and has held the roles of Secretary from 2004 to 2013; First Aid Officer from 2009 to 2011; Treasurer since 2012; and Community Engagement Officer since 2014.

Firefighter LeBusque is a motivated and hard-working member of NSW RFS and has achieved many outcomes for the Service. Her commitment and dedication are evident in her involvement locally with Community Engagement, First Aid training and her activities associated with being on the Board of the RFSA and other various state committees.  As a valued member of the local community her determination is well recognized and she is always prepared to put in the extra hours to ensure the success of any activities or projects undertaken.

Leading by example, Firefighter LeBusque is well respected by her fellow volunteers and is recognised for her empathetic nature and excellent listening skills.

Firefighter Marcia LeBusque is a worthy recipient of the Australian Fire Service Medal. 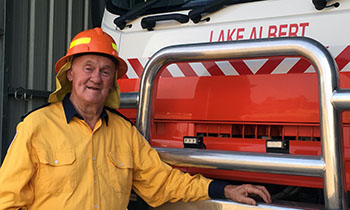 Group Captain Simpson was instrumental and heavily involved in the acquisition, design and build process for the current brigade station. He was directly involved with the acquisition of eight appliances, housing and maintaining Category 1 and Category 9 vehicles on his property. His skills as a dedicated leader for Lake Albert Brigade have been unwavering and for this he is well respected within the brigade.

In 1994 Group Captain Simpson completed the Bush Fire Driving (BFD) course and assisted organizing the first BFD course in Wagga. He has committed many hours to the training of RFS personnel within the Riverina Zone and is only too happy to share his extensive knowledge and leadership skills. Group Captain Simpson has demonstrated leadership at Brigade, District, Zone and Regional levels. At every incident his duties have been conducted at the highest level of safety, while maintaining effective and efficient outcomes for the community effected.

Group Captain Simpson has attended many incidents over the years locally and interstate including the Black Saturday Fires in 2009 and Junee Jail Break Inn Fires in 2006.