A memorial service has been held in Canberra to remember members of the fire and emergency services community who have paid the ultimate sacrifice while helping others.

This year, the families of two NSW RFS members have been presented with memorial items, in recognition of the contribution and sacrifice made by their family members.

This includes the family of Peter Witton from the Kyogle brigade, who suffered a heart attack while responding to an incident in 2014.

The family of Paul Sanderson has also attended. 'Sando' lost his life while fighting a fire in the Hunter Valley in November 2015. He was a member of the North Rothbury Brigade.

The NSW RFS also recognises its members who have died in the line of duty annually at the Volunteer Memorial Service, held at Mrs Macquarie's Chair in Sydney, each October. 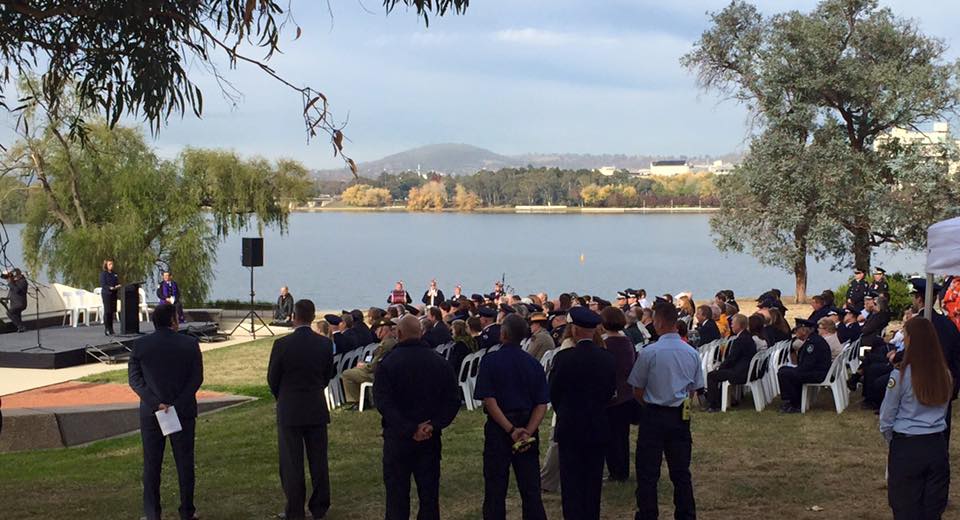