Congratulations to the six NSW RFS recipients of the Australian Fire Service Medal, announced on the Queen's Birthday 2018. 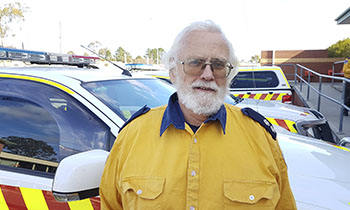 Mr Andrew joined the Burra Rural Fire Brigade of the New South Wales Rural Fire Service (NSWRFS) in 1976 and has remained an active member of the brigade. He has held various positions within the Brigade and, from 1996, he has held the positions of Group Captain and Deputy Group Captain. During this time, he has demonstrated leadership across the Zone during firefighting operations, training, support for administration of Brigades, and asset maintenance.

He has attended many incidents during his firefighting career that have included local, state and interstate events where he has led strike teams. In his role as an air observer, he has spent many hours in-flight providing fire intelligence to station operations and the local fire control centres.

He has also provided guidance and mentoring to crew leaders and other local members of the NSWRFS and has taken a particular interest in chainsaw and driver training, and regularly providing Bush Fire and Advanced Firefighter training to members.

As a Group Captain, Mr Andrew has been a long-term member of the local senior management team, providing advice on local management issues. He has also given valuable input and advice to the Rural Fire Service as a member of the State Consultative Committee on engineering matters. Additionally he has served on the Rural Fire Service Association and worked tirelessly for volunteers. 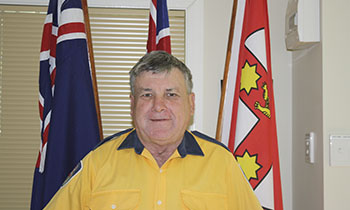 He is a current member of the North West Zone District Training Team and regularly assists with the organisation and conduct of training courses for the Zone.  In 2015 he was presented with a Long Service Medal for his Service to the Coonamble Headquarters Brigade. He has regularly participated in out of area deployments including Coonabarabran, flood assistance at Moree, Lithgow, Forbes, Molong, Lismore, Victoria and Tasmania.

His contribution has included assisting with the annual Roads and Maritime Service appliance inspections for the Coonamble Shire.  He also assists the Fire Control Centre staff with the annual stock take, participates with any clean-ups, and with the organisation and running of Zone exercises.

Mr Harrison's dedication and level of commitment to his local community reflects the values and standards of the NSWRFS. 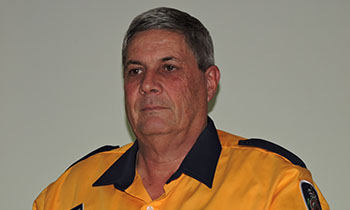 Mr Ingersole joined the Eglinton Brigade of the NSW Rural Fire Service (NSWRFS) in 1977 and quickly went on to obtain numerous qualifications and roles including Group Officer, Chainsaw Operator, Instructor/Assessor and Fire Investigator. He also held the position of Senior Deputy Captain for many years and is currently the training and equipment officer within the Eglinton Brigade. Over his forty years with the NSWRFS he has attended numerous local and out of area incidents

He has spent numerous hours restoring a 1920's Dennis fire engine which now holds pride of place at the Eglinton Station and is used at many community events around Bathurst and surrounding districts. Along with training, he is a strong advocate for educating the community on how to protect their properties  He attends many community events and has designed and built the Chifley Community Engagement trailer and other displays.

He has also built a hot fire trailer, the first of its kind in NSW, and which continues to be used on a regular basis for training purposes. He was the founding member of the Chifley Cadet Program and the then Bathurst Regional Training Committee and is currently the Chair of the combined Chifley/Lithgow Training Committee.

Mr Ingersole is a well-respected member of Chifley/Lithgow and is held in high regard by both volunteers and staff across the District. There are a large majority of volunteers in the area that can accredit their training in firefighting to him and can attest to the guidance and support he has given them throughout their NSWRFS careers.

Mr Mutton has provided distinguished service to the NSW Rural Fire Service (NSWRFS) for over 40 years. He joined the Bolwarra-Largs brigade as a volunteer fire fighter in 1977 and between June 1982 and June 1994 he held the position of Captain. He has also held the positions of Deputy Captain, Permit Officer and Brigade Training Officer.

In 1995 he undertook the position of Honorary Deputy Fire Control Officer for the Maitland Fire Control Centre and held this position until 2001, and then continued in the same role in a temporary capacity until 2003. In 2003 he was elected as Deputy Group Captain, before being subsequently elected as Group Captain in 2004, a position he still holds in the Lower Hunter Zone.

His experience and calm manner on the fire ground have seen him lead strike teams from the Lower Hunter area across many areas of the state. This has included, the Putty Fires in 1994, through to S44 fires in Penrith in 2001. He recently led strike teams to assist the community of Lismore following severe floods in the region.

Within the Lower Hunter Zone he has been the divisional commander for many S44 fires including the 2001 Cessnock Fires, the 2002 Alcan (Cessnock-Kurri Kurri) fires, the 2016 Lone Pine Fire and more recently the 2017 Richmond Vale fire. While Group Captain he has proactively engaged in mentoring and training of other group officers and brigade leaders in the Hunter area.

Mr Mutton's peers and colleagues in the lower Hunter Zone hold him in high regard, respecting his knowledge, expertise and commitment to the NSWRFS. 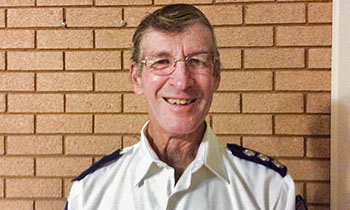 Mr Shanks joined the Terramungamine Brigade in 1965 when it was still part of the Bushfire Service under the auspice of Talbragar Shire Council (now Dubbo Regional Council). During his period of service with the brigade he has been extremely active serving in many positions including as Captain, Deputy Captain, Permit Officer and President. He held the position of Captain for over 24 years and in 2009 was elected Group Captain a position he still holds today.

He is a very experienced firefighter having managed many major incidents. One of the more notable incidents was the Goonoo S44 Fire in 2007 lasting for 10 days where more than 16,000ha of National Park were destroyed. He very successfully commanded a sector where his superior knowledge, strategies, and command and control were evident. .

He is a member of the Senior Management Team and provides valuable input on management and development across the team. He is well respected by volunteers and members of the community and is a person who the volunteers are willing to follow and seek advice from.

Mr Shanks is a great example to volunteers, providing a positive influence to all and after more than 50 years service continues to be a very active member of the NSW Rural Fire Service. 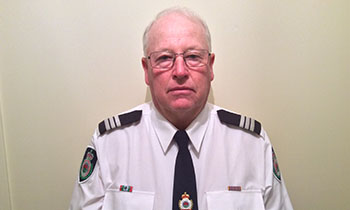 Mr Shearer has been a volunteer of the NSW Rural Fire Service (NSWRFS) for over 49 years, joining the Wilton Brigade in 1968.  He has held various leadership positions within the brigade including as Deputy Captain, Senior Deputy Captain and Captain as well as attaining his Group Leader qualification. He has served as a Divisional Commander and Sector Leader in many local campaign fires since the 1970's as well as attending Section 44 fires in the Blue Mountains, Macarthur and Illawarra areas.

He has also served on the local district advisory committees including the Group Officer Election committee, Health and Safety committee and the District Training Committee. He actively assists the District with local hazard reductions either leading his crew, acting as a Safety Officer, Prescribed Burn Supervisor, or as Incident Controller.

He has held the position of Equipment Officer for over 40 years and has been instrumental in obtaining new equipment for the brigade. This includes raising funds, donating his time, equipment and materials for the site preparation and erection of the new brigade station in 1992 to1993, the extension added in 2004, and the newest addition in 2016 to 2017.

As a brigade training officer he has mentored and encouraged local youth to become brigade members and has actively encouraged and promoted female participation in the Wilton Brigade since the 1980's. He has been a champion of women's involvement in the brigade including the Wollondilly District and has promoted their leadership qualities whether as an operational firefighter or in an administrative role.

Mr Shearer is held in high esteem by the local community members and is always available to advise and discuss concerns with local property owners and managers regarding fire protection. His detailed knowledge of the local area is invaluable to the brigade and he has championed his Brigade's involvement in liaison work with schools, day care centres and community organisations.