The Siding Springs Observatory was hit hard by the January 2013 which burnt through the Warrumbungles, west of Coonabarabran.

The Observatory is one of the country's most important scientific institutions, with radio telescopes playing an important role in international science and research.

A number of buildings at the Observatory were destroyed in the bush fires of January 2013 but fortunately, the main telescopes survived.

The Australian Astronomical Observatory (AAO), a Division of the Commonwealth Department of Industry, employs 25 full time staff and many of these are NSW RFS volunteers.

The AAO is one of 12 employers named as "Supportive Employers" by the NSW RFS.

While quite often behind the scenes, employers play an important role in supporting our volunteers by releasing them to attend emergency incidents.

We recognise and thank all of our Supportive Employers whose contribution is so important. 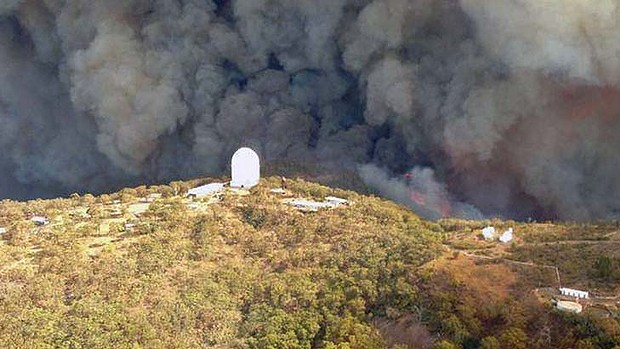