The increasing role of women in leadership functions has been highlighted recently, from brigade level to senior management. 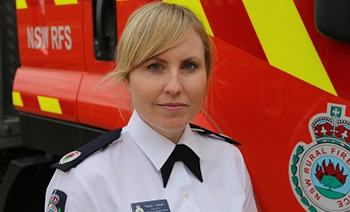 Ms Talbert commenced employment with the NSW RFS in 2003.In her current role Ms Talbert has led the development of the Service’s Rapid Aerial Response Teams (RART) program, increased the capability of Remote Area Firefighting Teams (RAFT) as well as tripling the capacity of Base Camps and enhancing the Heavy Plant Program to include over 3,000 items of plant on a call-when-needed basis.

Ms Rebel Talbert holds tertiary and post-graduate qualifications in emergency management and public communications. In 2013 Ms Talbert was awarded a Commissioner’s Commendation for Service. She has been a volunteer firefighter at the Kenthurst Brigade in The Hills District since 2002.

In September, Louise Livermore was elected Captain of the South West Slopes Support Brigade – the only current female Captain in the Zone. 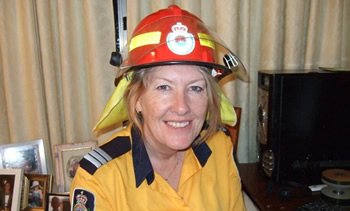 Louise shares her story:“To be the only female Captain in the South West Slopes Zone is a real privilege.“My hope is to see more women become involved in the NSW RFS and work their way up through the ranks. The opportunities are available to everyone and if you have a passion for something, just as I do for the NSW RFS, the sky is the limit.”

In another first for the South West Slope Zones, an all female crew headed out to conduct hazard reductions at Milvale, near Stockinbingal last month.The experienced members have been discussing ways to involve more women in the Service and carried out a controlled burn in dry grass along the rail line. 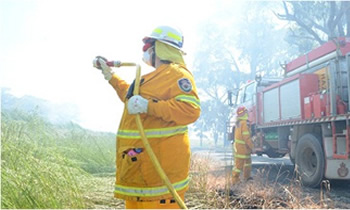