Police and Emergency Services Minister Michael Gallacher has congratulated NSW Rural Fire Service (NSW RFS) volunteers in the Hunter Valley who have today been recognised for their efforts in bringing together local residents and better preparing them against the threat of bush fires.

The volunteers from the Wollombi Valley have been named state winners in the Volunteer and Community category at the Resilient Australia Awards in Sydney.

"These volunteers have been working tirelessly in their local community to make sure people are better prepared for bush fires and have been having incredible success. "Through a series of workshops, they have helped educate residents about the threat of fires in their area and how to reduce their risk," Minister Gallacher said.

"The work of these hard working volunteers means people are better informed, better prepared and safer. Minister Gallacher said the volunteers from the Wollombi, Laguna, Bucketty and Millfield areas have been running their successful community engagement programme since 2009.

"While these volunteers have been recognised at a national level for their work, it's just one example of the work being done in communities' right across the State.

"This work is vitally important, especially now we are in the bush fire season.

"This bush fire season is expected to be a challenging one compared to previous years, with the widespread rainfall of the last few summers causing significant growth and with warmer weather setting in, increasing the risk of fire.

"I encourage people right across NSW to take the lead of the community in the Wollombi Valley by learning more about conditions in your area.

"Now is the time to prepare yourself, your family and your home for bushfires. I urge all people to complete a bush fire survival plan, available from the NSW RFS website at www.rfs.nsw.gov.au," Minister Gallacher concluded. 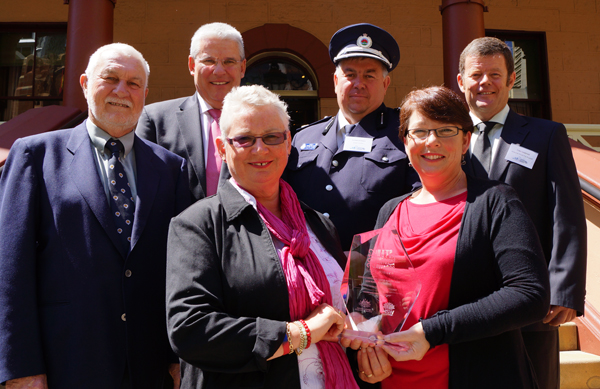